A tradition of innovation – Yamaha has been a driving-force in in the development of electric bikes since the late 1980’s. Japan is not an oil-rich nation so Japanese companies had a serious interest in developing alternative transportation options. 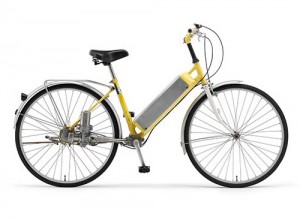 It was the way early days and this was only a basic prototype. The 1989 PAS was an experimental electric bike introducing electric bike technologies that would eventually catch on because of electric bike motor systems based on Yamaha’s early mid-drive prototype.

Since the early beginnings of electric bikes, Yamaha has been constantly innovating to deliver electric bike power assist systems that over-perform in real-world situations.

Yamaha is years ahead of the competition mostly because they had a massive 30-year head-start. 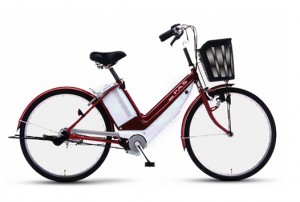 1993 – Sales of the world-first Pedal-Assist bicycle began in 1993 with the PAS (Power Assist System), exclusively for the Japanese market.

Given the high price of gasoline in Japan, it was highly successful and introduced the idea of an electric bike to the world.

The concept of an electrically power assisted bicycle would soon begin to spread worldwide.

The Yamaha PAS was a ground-breaking electric bike that was way, way ahead of it’s time. The motor was a game-changer. 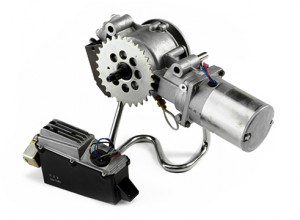 1995 – Yamaha added a detachable nickel-cadmium battery that was adopted to the Yamaha PAS (Power-Assist-System) along with a new faster and more efficient battery charger with a new refresh-charge function.

This new electric bike motor was a game-changer that introduced the mid-drive.

This new hub-powered, pedal-assist system developed by Yamaha for the Japanese market was a milestone in the development of the modern electric bike. 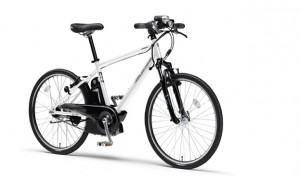 2008 – The Yamaha Brace sells one million in Japan.

Yamaha introduces the Brace electric bike and reaches over one million bicycles sold in Japan.

The huge sales of the Yamaha Brace model was a response to Japanese consumers looking for sportier recreation electric bicycle with performance and extended range.

The Brace allowed Yamaha to fine-tune their bike drive to the transportation needs of a large population. 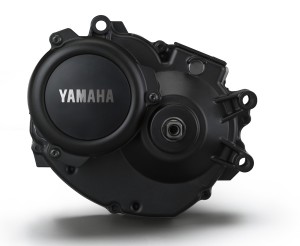 The increased precision of Yamaha’s assist control results in the most “natural and organic” pedaling feel available in ebike technology today.

Yamaha’s high level of expertise continues and is now available in the North American e-bike market.