The ultimate electric conversion system coming from Maxon motors in 2020.

Maxon develops and builds electric drives that pack real power. Maxon’s DC motors are leading the industry worldwide and are used wherever the requirements are high and engineers cannot afford any compromises. 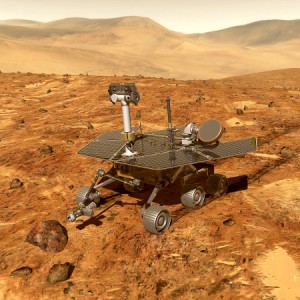 Maxon motors drive NASA’s Mars rovers. The motors are used for driving the robotic arms, rock drilling, the steering mechanism, controlling the cameras and for the six high-tech wheels that drive the heavy rovers, each weighing nearly 180 kilos.

The company was approached back in 1991 by a Nasa division, Jet Propulsion Laboratory [JPL], which was looking for motor manufacturers that could help it find a small, powerful package for that first mission.

On the latest Mars missions, which began on June 10, 2003, maxon motor provided 39 out of the 43 electromotors on each rover.

The “heart” of a maxon motor is the ironless winding, which has been patented worldwide. With up to 90%, the efficiency surpasses other motor systems by far.

Maxon motors are installed in insulin pumps and surgical power tools. You can find them in humanoid robots and in high-precision industrial applications, in tattoo machines, passenger aircraft, camera lenses, racecars, cardiac pumps and prostheses.

For more than 50 years, this Swiss company has been a leader in the drive industry and has consistently delivered strong products and great service here on Earth and elsewhere.