From a wind turbine to a bicycle drive: When the experience of top-notch athletes meets world-class engineering, cycling moves on to the next level. From the outset, the focus was on compactness and efficiency.

In 2010 two former mountain bike racers, Albert Iten and Roland Abächerli founded a company to design an electric drive for mountain bikes. Soon they got in touch with Maxon Motor AG. The Swiss specialist for micro motors has a world reputation as supplier for the NASA’s Mars Rover. 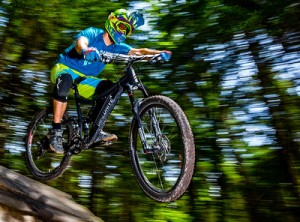 From a wind turbine to an electric bicycle motor.
The experts at MAXON Motor were already one step ahead: A wind turbine from another project appeared to have promising characteristics for building an e-bike drive. The ironless winding was what set the drive apart. It enabled the motor to achieve an efficiency of almost 90% (a combustion engine barely makes 40%). This isn’t just great for power consumption but also for recovering energy.

In 2012, CEO Eugen Elmiger personally took over the leadership of the project code-named MOVE. He had the support of main shareholder Karl-Walter Braun from the very beginning.

“When I saw the compact design and technical sophistication of the first prototype, I immediately knew we would have to introduce this motor to the market”, Elmiger recollects. As a cycling enthusiast, he was very much aware of the flaws of existing drives: low efficiency, not enough power, and subpar reliability.

There was clearly room for improvement. And thus, the drive was continuously improved and tested over and over. After all, there was a suitable testing ground right in front of the factory gates: the Oberwalden Alps. 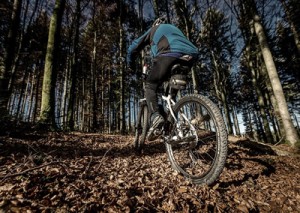 Uphill: a new cycling experience
“Now that I use this motor, even the ride up the grade is fun. I got hooked and have been leaving my regular bike in the garage more and more.” 50 year-old ex-downhill champion Albert Iten describes his test rides with the MAXON BIKEDRIVE. “On the trails, I can still reach the uphill speeds that I once had during my heyday as a racer. And I can catch up with Roland again.”

Roland chuckles and adds, “The BikeDrive has huge potential for both trail and road riding. Especially for people who need to do a lot of climbing during their daily commute.”

The BikeDrive hub motor delivers 25 – 30 Nm continuously. The peak torque is 50 Nm. The brushless DC motor has an efficiency of 85%. Even on upward grades at 15 km/h and 30 Nm, the efficiency is still an unbelievable 75% !

The MAXON BIKEDRIVE is controlled with the Powergrip on the right handlebar. “You crank it up and immediately notice the boost”, Albi Iten describes the feeling of using the accelerator with a grin. There is no display. White LEDs show the battery level, and a simple lamp indicates the motor temperature. “You are always in control, and there is no need to let go of the handlebars”, says the former pro. “That gives your ride a completely different dynamic.”

The battery also features state-of-the-art technology. The 48-Volt lithium-ion battery with a capacity of 360 Watt-hours has the latest battery cells. It can be charged 70% in only 60 minutes. The full capacity is available after two hours.